Christian spiritists, particularly those who are committed to the Greber book, often feel isolated from the traditional Christian churches, be they Catholic, Greek Orthodox, Protestant, Pentecostal, or the big mega-non-denominational churches.  Christian spiritists, however, share more with other Christians than with any other religious group on Earth.  For example, the belief that there is a God, Jesus of Nazareth was/is the Messiah and is God's only-begotten Son, and the existence of Hells, spirits, and angels are shared by both traditional Christians and spiritist Christians.

But Christian spiritists differ from traditional Christians in one major way: we must communicate with spirits in order to achieve closeness with God.  Spirit communication is usually considered "Satanic" or "occult" or "dangerous" by traditional Christian churches.  And there is some truth to this.  Indeed, any one who tries to communicate with God's spirits will be challenged by the evil ones, just as the early Chrisians experienced.  The fear of being overcome by the evil ones during spirit communication contributed to the demise of spirit communication among early Christians.  Fear was the tactic used by Satan to choke the line of communication between Christians and God.  The Church organization eventually took over.  Today, churches are more like fraternal/sorority organizations than they are true Christian Centers where Christ's spirits are heard giving the sermons themselves, as Christ Himself promised in John 16:12-13.

Nevertheless, despite the fact that the Churches have lost much of Christ's original intent, there is still some good in these Churches.  One of the greatest non-spiritist Christian preachers of the twentieth century was the Reverand Billy Graham of North Carolina.  Reverand Graham, even though not a spiritist, was inspired by holy spirits during his decades-long journey of spreading the Message.  At times, he may have sounded like a typical "fire and brimstone," "Bible thumper," and "eternal hell" TV evangelist to some.  But the core of his message was something that even Christian spiritists, who no longer consider themselves a part of the traditional Church, can gain much insight from.  Graham was above and beyond many of his colleagues during the 1970s and 1980s.  He was not your "typical TV evangelist."  Below are Billy Graham's Six Rules of Living, excerpted from his book The Journey, that Christian spiritists can gain much from: 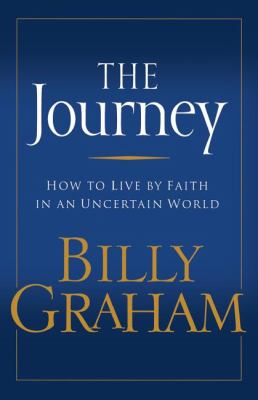 1. Make it your goal to live at peace with others.

Is it possible to do this with everyone in our lives? Unfortunately, no; even our best efforts may not change another person's attitude.  The key is to ask God if we're at fault, and if so, to confess it and seek his help to overcome it.

Don't be a captive of the past.  If someone has harmed us by breaking the law, we have the right to bring that person to justice, both for our good and the good of society.  But hurting someone only because they have hurt us is another matter.  We can't change the past; we can only seek God's forgiveness for whatever it is we did wrong.

3. Guard your tongue and your thoughts.

Use it for good instead of evil.  How many marriages and friendships have been destroyed because of criticism that has spun out of control?  But the tongue can also be used for good; that should be our goal.  When people ask me for advice about their personal problems, which they often do, I always try to give them an answer based on the Bible.  "Do not let any unwholesome talk come out of your mouths, but only what is helpful for building others up accordint to their needs."

Evil is sin; it's a deadly cancer that has invaded our souls.  It isn't just an illusion or absence of good.  Ultimately, all evil comes from Satan.  Satan is real, and his absolutely opposed to God.  Still, we are responsible for our own actions.  Why some people repeatedly choose to do evil instead of good is a puzzle to me, because evil eventually destroys those who practice it.  Only God can replace the evil and sin in our hearts with love and kindness

5. Treat others as you'd want them to treat you.

This simple but profound principle--the Golden Rule--comes from Jesus's Sermon on the Mount.  How different our lives would be if we actually practiced this!  The Bible also tells us, "With humility comes wisdom."  Every day I realize I'm just a sinner like everyone else, and I have been forgiven only because of God's grace.

6. Practice the power of forgiveness.

I adhere to the philosophy of hating the sin but loving the sinner.  The key is to realize that this is the way God sees us.  When we sin, it's as if we're shaking our fists in God's face, telling him we know better than he does how to run our lives.  But God also hates sin because he loves us, and he knows what sin does to us.